The call of every Christian leader is to show compassion and create a culture of believers/followers who do the same. In the same way God modeled love, so are Christian leaders to make every effort to “do and be love.” Look no further than the account of the Good Samaritan (Lk. 10: 25-37) for an example of Christian leaders totally committed to the work of the “church” and are by nature without compassion for the one in need. It was the “non-churched” who assumed the duty to “care-for-the-one-in-need.”

In our day, caring for the unfortunate Is mostly the responsibility of the government, businesses and non-profit organizations. 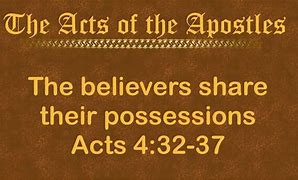 Email ThisBlogThis!Share to TwitterShare to FacebookShare to Pinterest
Labels: The Early Church

Does the Bible Permit a Woman to Preach? 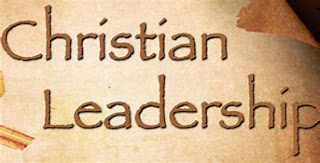 Can the Christian leader’s influence be driven by a biblically aligned worldview? Indeed, he should! As a matter of fact, he/she is compelled to do so (Jn. 17:21). Authoritarian and opportunistic leaders have self-interest as their goal – “personal promotion, recognition, monetary gain, prestige.” These are antithetical to Christian leadership, but the common factor here is human nature. We still struggle with “the self” (Gal. 5:17). A friend of mine told me some time ago how someone close to her was exploring the pastorate as he felt “there was money in it.” Motive!
Read more »
Posted by The Way at 1:13 AM No comments:

The Doctrine of Sanctification

Sanctification is an “inside-job,” performed by the Holy Spirit (1 Thes. 5:23; Eph. 5: 25-7; Tit. 2:14; Heb. 13: 20-1; Gal. 5:15-16). It is a subjective work – happening (perennially) within us, transforming the character and condition of the person. It is a supernatural work – performed by God through the Holy Spirit (Phil. 1:6); Col. 3:9-10). Sanctification is “the continuing work of God in the life of the believer making them holy – a process by which one’s moral condition is brought into conformity with one’s legal status before God (Justified! You are the righteousness of God; cf. 2 Cor. 5:21).[1]
This ongoing process of sanctification implies holiness – a separation from; to be set apart for the purposes of God; of dedicated use; to be cut off from (קָדוֹשׁ, qadosh).
Read more »
Posted by The Way at 11:24 AM No comments: 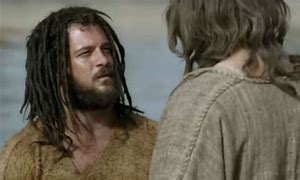 Unusual and unexpected behavior will most likely be vilified and labeled eccentric, foolish, or wrong. Both Jesus and John faced this predicament. Jesus declared that both His and John’s actions “would be proven wise by their subsequent deeds.” [1]

Opposition to Jesus has taken a turn. His rivals will make it clear in no uncertain terms their dislike for Him, His ministry, and His claims. When does this opposition to Jesus begin to ramp up?
“11:1 Now when Jesus had finished instructing his twelve disciples, he went on from there to         teach and proclaim his message in their cities.”
When He began to teach “in their cities.”   Note – watch out when you begin to proclaim the kingdom of God in what was formerly the devil’s space. Teachers, don’t be surprised when you encounter opposition to teaching the Word.
What we are about to see are varied responses to Jesus’ actions, His sayings, and those of John a little later.
Not Johnny!!!
Read more »
Posted by The Way at 11:25 PM No comments:

Email ThisBlogThis!Share to TwitterShare to FacebookShare to Pinterest
Labels: Edification

A Biblical Response on Race | Sermon by Tony Evans 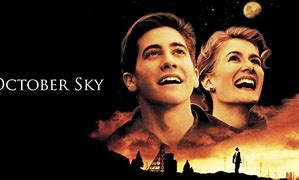 The plot of the movie October Sky (1999) exemplifies the definition of change and change-
leadership. Given that leadership is the bringing forth of change, the movie displays a new vision that communicates direction, aligns people toward a common goal, and motivates change despite the challenges. October Sky is based on the true story of “The Rocket Boys,” from a western Virginia town called Coalwood. It was October 4, 1957. The movie begins with an announcement that the Soviet Union launched a man-made satellite into orbit called Sputnik. The Russians beat the Americans in the race to space, deemed a threat to American national security, and diminishing global influence. October Sky (1999) Sputnik becomes an external force demanding change. It opens with an American radio broadcaster calling the rocket launch “a grim new chapter in the Cold War,” and “a wave of national anxiety that is sweeping the country.” One hour and forty-one minutes of rugged coal miners busy about their business, trains, cars (Plymouths, Chevys Chryslers, Fords), railroad tracks, teens, high school football, and Rock n Roll, propels the viewers back to the American ‘50s. 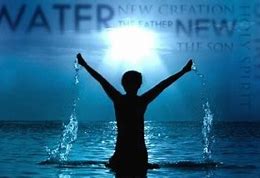 Jesus’ final designation to His followers states:
Therefore, go and make disciples of all the nations, baptizing them in the name of the Father and the Son and the Holy Spirit (NLT)

Go, then, to all peoples everywhere and make them my disciples: baptize them in the name of the Father, the Son, and the Holy Spirit. (GNT)

Teach these new disciples to obey all the commands I have given you. And be sure of this: I am with you always, even to the end of the age.” (NLT)

And teach them to obey everything I have commanded you. And I will be with you always, to the end of the age." (GNT) 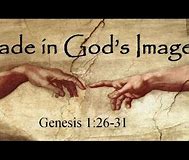 General anthropology deals with the study of the human experience. Eriksen (2017) describes the discipline as “a comparative study of humans, their societies, and their cultural worlds” (p. 3).  As well, general anthropology seeks to understand who/what is man apart from God and ignores the implications of the Fall of Man (Gen. 3). In contrast, theological anthropology explores the entirety of the human experience, “with all its complexities and ambiguities,” and  “is viewed from the standpoint of the biblical story, which is both the story of sin and the story of glory and the glory of divine salvation” (Cameron, 2005, p. 54).
Read more »
Posted by The Way at 5:58 AM No comments: 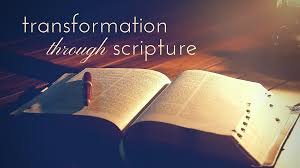 Bible Verse of the Day